Are we in danger of the Hooker becoming a dying art?

There are many positions on the field that can be classed as specialised, the back line seem to be able to interchange and are now multi positional players as do the back row have the ability to move between 6,7 and 8. The two roles on the field which are truly specialised now are the scrum half and the hooker, for me the hooker is the more technically specialised.
The strength required to be in the front row is one thing alone, add the the ability to hook the ball and throw the ball at line outs hoping for accuracy. All three roles accumulated to one pivotal role in the team, if your line out or hooking is off key can cost the team dearly. To be a hooker it takes a special person, players such as Brian Moore, Keith Wood, Sean Fitzpatrick, Steve Thompson, John Smit, Graham Dawe and Lee Mears is a list of some of the most influential players on the field.

The scrum has been a major issue in the last few years and with the change of call from "crouch, touch, pause, engage" to " couch, touch, set" seeming to be easing the amount of resets that occur. The one point that has been an issue for many, including Brian Moore who has relentlessly voiced his opinion, is the feeding of the scrum. The feed should be straight down the channel enabling both hookers to compete for the ball while the other members of the pack push to aid the winning of the ball. A non straight feed is answerable to a penalty awarded to the opposing side, yet this is becoming a rare occurrence.

Is it becoming the norm and accepted that the scrum half can feed the ball into his pack and the only competition of the forwards is to attempt to push the other team of the ball, are we losing the hookers strike? Another question regarding this is why are the referees no longer penalising the scrum half for a crooked feed? By the hooker no longer striking for the ball surely this is changing their role, perhaps they're just to become glorified props who throw the ball in at line outs, even their position name will change......if they're not hooking then why have the position named that. Traditionally a hooker has always been a tenacious little scrapper who is there along with their other chores is to mix things up a little, the joy of rugby has always been majority of size or power generally there is a role for everyone, the change in stature of a hooker could mean the traditional hooker again could be lost.

It is totally evident from watching the game that the ball is blatantly being fed, sometimes almost straight to the second row yet the officials seem to turn a blind eye. While watching a junior fixture recently I noticed that it has filtered down through to there, even a scrum half turn to face his pack while putting the ball in, and as in top flight no punishment given. With officials ignoring a fundamental rule in the game young players are emulating there heroes. Around most international and professional games there are cameras showing all different angles and perspectives, while watching the Autumn Internationals they were showing areal views many on the scrum which truly highlighted the feeding issue. A rule is a rule yet the feeding is ignored what does this show the future players of the sport, rugby is a game of respect and discipline but now rules are being forgotten.

If the continuation of flouting the feeding rule would it not be that scrums could almost become an uncontested set piece as in rugby league. Perhaps a little melodramatic to compare the two scrummages, although the hook is seeming to become almost redundant the shove could be the only way to possibly win against the head. With bigger hits and harder shoves will only add to extra pressures upon the front rows necks potentially leading to more injuries, this will force the front row players into extra conditioning putting even more strain on their bodies becoming a vicious circle. With the big powering up of players to be able to withstand the 'hit' will without doubt lead to earlier retirements as their bodies will not be able to endure so much punishment over a length of time.

A large discussion of many for officiating scrums is the fact that many of modern referees are former backs and aren't aware of the workings of the scrum. It's takes a brave man to step up in the front row and I don't believe referees have the knowledge of first hand experience what it truly takes to put your body on the line. Another way of viewing the allowance of a crooked feed would be to allow the ball to leave the scrum as quick as possible, relieving the pressure upon the pack, if this is so then perhaps the IRB should review the laws and amend them accordingly. In all fairness to the referees the scrum is a busy time for him, he has a lot to keep his eyes on: bindings, boring, twisting and all other infringements that materialise during a scrum. A scrum is one of the times that the referee need the reliance of his touch judges to aid his control over the scrum, for the referee to see the crooked feed he needs to be crouched to have his eyes on the ball bindings etc could be monitored by the nearest touch judge to hand. A sense of delegation should be required during the scum situation, this is another thing that appears to be missing.

So far this weekend we have been shown the changes in the scrum format, even with Richard Cockerill referring to it as a power battle. Where has the technique and skill from the two sides gone? Is it now just about two packs battering each other in almost a brutal and simplistic manner does strength now out weigh skill? A trade can take years to master and in rugby terms a hooker has always been the master of trades but now that trade appears to being lost or even detracted away from. Slowly but surely we are losing simple aspects of the game, through the transition from armature to professional the game has changed. Evolution was always going to happen but do we really want to lose the true aspect and feeling of the game, lets not lose the feel of a game we all love and are so passionate about.

Regardless of your views over the feeding of the scrum it's a very contentious subject and need a serious redevelopment from the IRB and even possibly a step back to the old school. When you have 16 men coiled up with power and pressure built up waiting to make the 'hit' to gain advantage surely is a recipe for problems. A solution that many have discussed is to drop the 'hit' and revert to the two packs uniting, ball being fed in and then the two sides can drive. With a big impact sides can get a forward momentum and allow their side to drive forward, leading to the 'hit' to be more important than the hook and rendering the hooker almost redundant in the scrum.

I've been lucky enough to get some questions to a still practising professional hooker, a Bath and England legend not to mention a true example of what you would class as an classic Hooker......enter Mr Lee Mears.

From watching rugby for many years, I've noticed of late that the feeding of the scrum is becoming very crooked and seems it rarely reaches the hooker, would you say that's a fair point or just a media reputation?
The scrum has evolved with the different rule changes and I do believe that now it is much more of a pushing contest if you are not moving forward it is very tough to lift you foot to strike. The media have picked up on this but I do believe that is a restart of the game ie why should the opposition who have knocked the ball on get the chance to win it straight back. The scrum is now used to tire the big units out to create more space.

Is the new 'crouch, touch, set' a far better way to set the scrum, as the resets seems less than the 'crouch, touch, pause, engage'?
Miles better not sure why the refs ever actually had to say pause?!?!?!?!?!

To me the hooker is the most specialised position on the pitch, playing front row, hooking and line outs. If crooked feeding becomes more of an acceptance do you feel the art of hooking may be lost and in years to come a hooker may be seen as a glorified prop who throws the ball in? For me its the most exciting position on the pitch and is hate to see that lost.
I still believe that the hooker role especially in the scrum is still very vital everything sets around the hooker he controls the height, speed, angles of attack (probably best described over the phone or in person at some point). Plus its tough for props to learn to throw!!!!!

Slightly off subject, were you tempted to offer yourself up for the Autumn internationals as there was a lacking of Hookers available and you more than likely would of got a place? You could of been part of the NZ beating team...regrets or happy you served England well?

It was definitely time to move on, they've got some great young guys coming through and they need to blood them now to get the best out of them in the world cup 2015. I loved every minute of my caps and will still get a buzz every time England beat another country as I'm extremely patriotic and feel more like I helped keep the nation behind our country by being part of its history.

Would love to thank Lee for his input and interesting to hear a view from the hookers side! 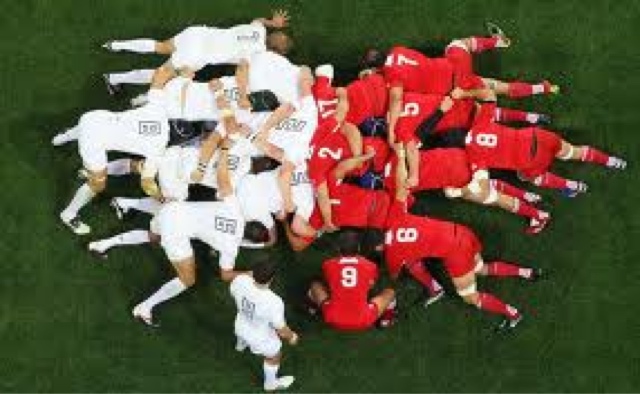