Are the playoffs a realistic aim?

Five down and four to go! 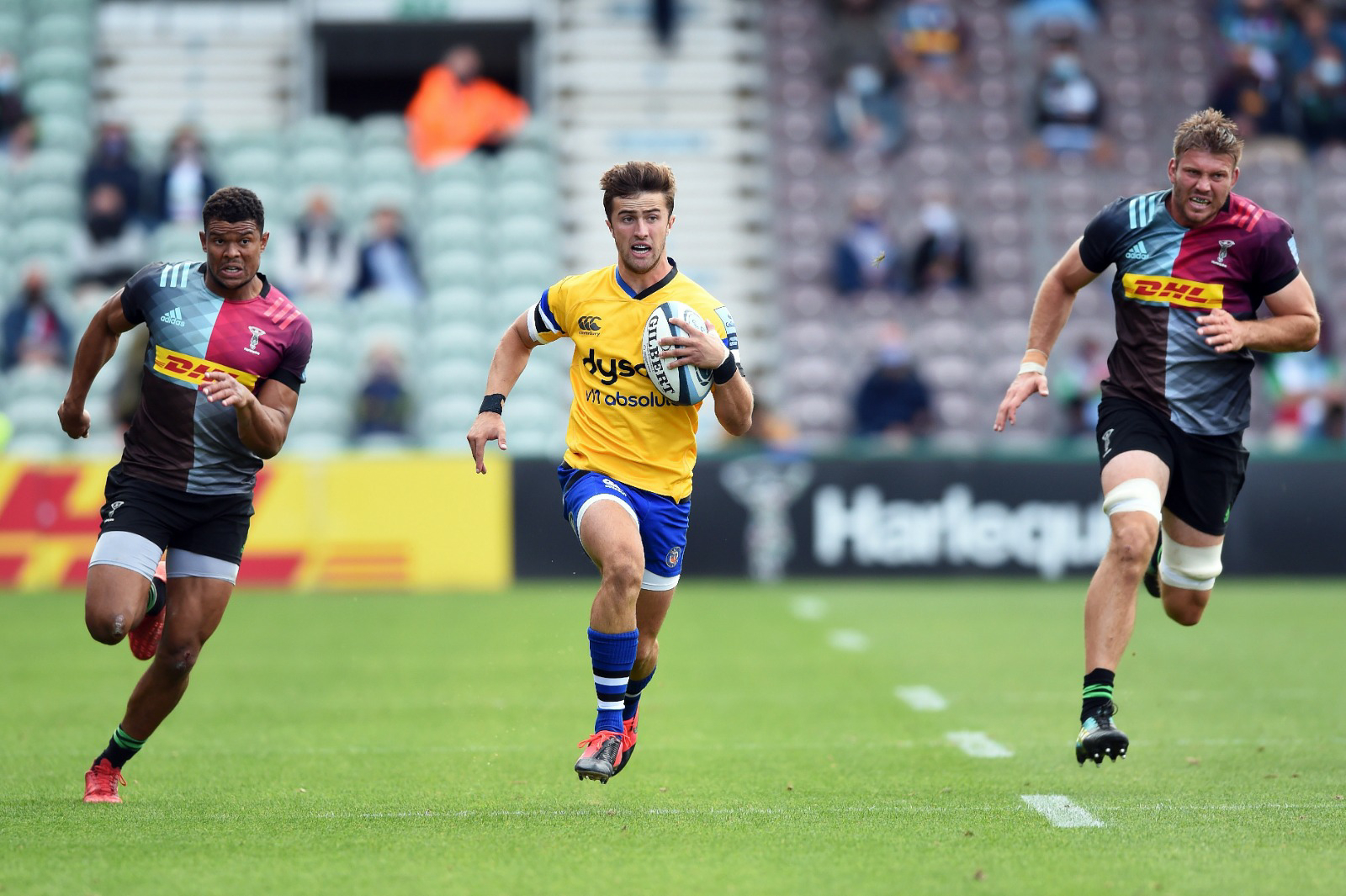 Photo - onsideimages
When the Premiership season restarted it seemed that fighting for a top-six spot was the obtainable target for Bath, sat in sixth sandwiched in the middle of the pack with 14 points separating second down to ninth. A particularly frustrating and mediocre season for Bath had been brought to a halt thanks to COVID-19, coming off the back of hiding by Exeter the break was probably needed (although 160 days due to a global pandemic may have been a tad excessive).
It's certainly given time to get an almost fully fit squad, which has been something that has eluded Bath for many seasons, going into the restart there grew a little sense of positivity.squeezing 9 games into 7 weeks squad rotation and management was going to be essential and well planned, adding the appointment of Neal Hatley to head coach it was going to be interesting to see how the remaining season would pan out.

It has certainly come to fruition that the break and restructure was indeed a bonus, four out of five wins and three of which have been bonus point wins. The forwards have been worth their weight in salt and become a beastly force to be reckoned with, backed up with a top-class scrum half and a winger who can't help but keep scoring it's going pretty damn well.....apart from the old school classic Bath slip up against Wasps, all in all, a very promising restart.
Suddenly, Bath is now one of the form teams in the Premiership and having a serious sniff at a top-four finish and having a crack in the playoffs. But what are their actual chances of making the illustrious top four?
With Exeter so far in front, you can almost discount them from the playoff battle. What you have left are four teams that will be battling for second, third, fourth and fifth.
Here are the remaining fixtures for the 4 teams and how close the points are, there is a maximum of 20 points that remain up for grabs.
Sale - 55 points
Saracens
Bath
Northampton
Worcester
Bristol - 53 points
Northampton
Wasps
Leicester
London Irish
Wasps - 51 points
Leicester
Bristol
Harlequins
Exeter
Bath - 50 points
Worcester
Sale
Gloucester
Saracens
Casting your eyes across the remaining fixtures you could normally gauge who is going to beat who and how many points they'll take from each game, but this is far from normal times and unless you are well versed in the work of crystal balls it's going to be a tricky one. On paper, I would say that Bristol have the easier fixtures and possibly Wasps have the harder.
The biggest standout of all of the remaining games is round 20, on the 13th of September, we see Wasps take on Bristol and Sale vs Bath, second vs fifth and fourth vs third. These fixtures will, without doubt, be the games that shape the top 4 and sort the wheat from the chaff.
A lot rests on selection and rotation, which DOR will get it right, which games will they target? The predictions will be difficult but I thought "why not" and decided to guess the final points tallies, who misses out on the playoffs?
Bristol - 72 points
Sale - 70 points
Bath - 67 points
Wasps - 62 points 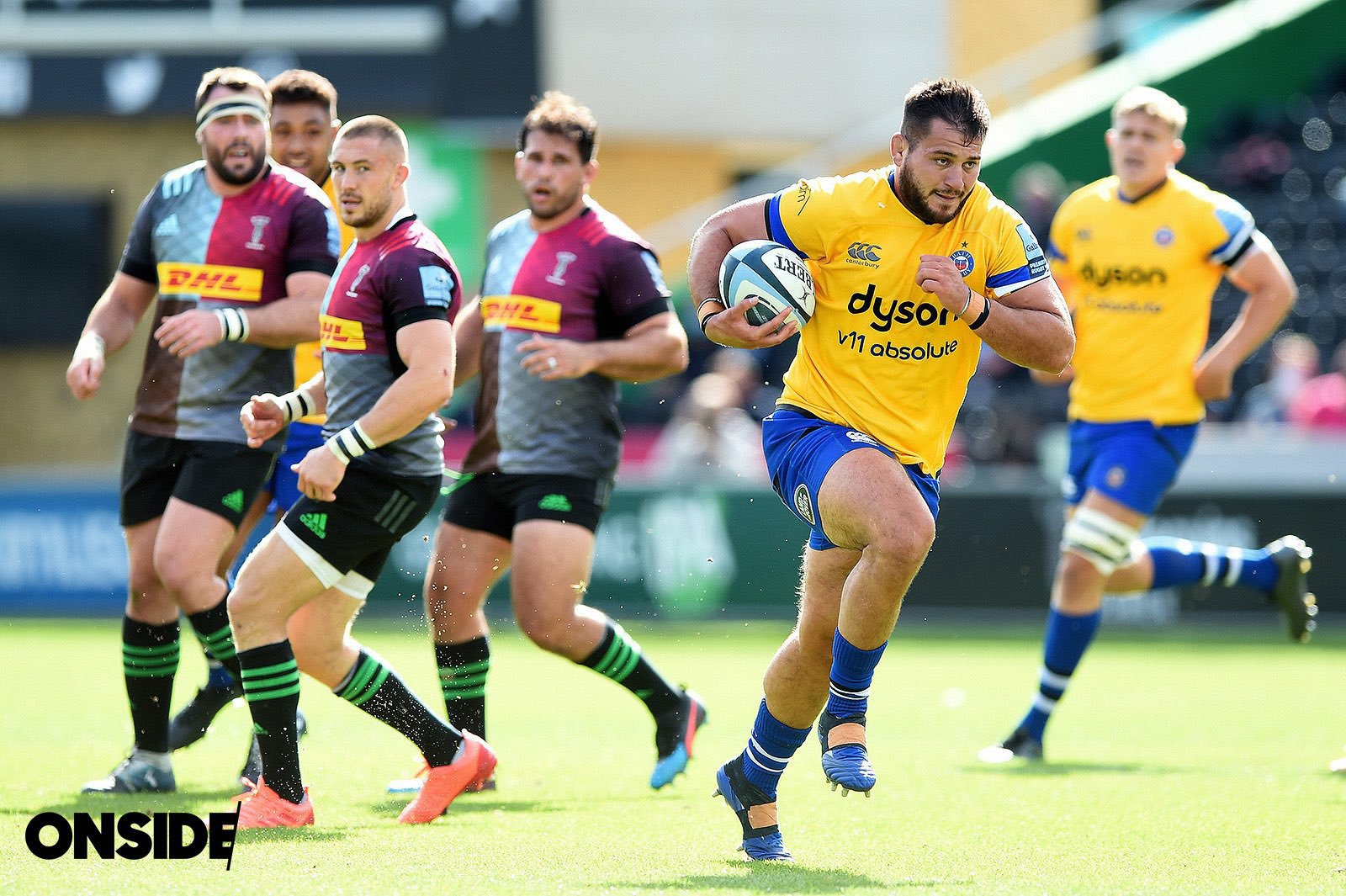 photo - onsideimages
I will more than likely be accused of bias, which is probably true, but looking at those games it's the only way I can see it going.
So the answer to the question "do I think Bath can make the playoffs?"
Ultimately yes I do, but will they get any further?
My crystal ball just fogged over....
Posted by bathbytes at 08:24 1 comment: