Bath start their Aviva Premiership campaign to the echoes of Enya's 1988 hit Orinoco flow "Sale away, Sale away, Sale away......"
Every time Bath take on Sale Sharks it's always an enjoyable fixture, sadly only for the pun count not always for the results.

Sale are slowly becoming Bath's bogey team in the Premiership, with only one win in six over their last league meetings. Bath's win was a comprehensive 31-10 victory, but it was back in September 2012.
A win for Bath in the LV=Cup at the AJ Bell stadium is their most recent victory against Sale was last November, but it seems it's the Premiership that seems to be foxing Bath. 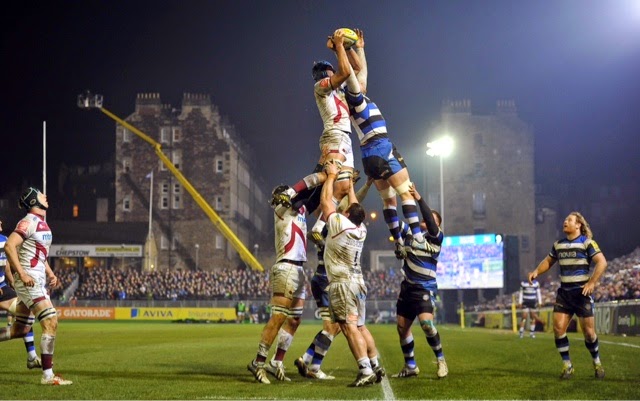 The two sides last match up was somewhat of a talking point. Sale running out victorious at the Rec by a solitary point. Danny Cipriani overshadowing his opposite number George Ford with a flawless kicking performance. Cipriani took all four chances at the posts scoring all of Sales points, whereas as Ford missed a penalty, a conversion after Ross Batty dabbed down but most importantly a drop goal attempt at the death of the game.

There was one moment that caused a vast amount of controversy that defined the game, raising more headlines than how hard and well both sides battled. The game will always be famed for the "great Scrum fiasco". A passage of play that took 15 minutes to complete just one scrum, where Bath earned Seven penalties and Henry Thomas receiving a yellow card and finding himself having a 10 minute timeout. Despite all of the penalties, yellow card and the fact it was on Sale's 5m line referee Dean Richards refrained from awarding a penalty try in Bath's direction. The letter of the law states that to award a penalty try the scrum must be moving in the direction of the try line, whereas the scrum failed to move before Sale were deemed to collapse it. A very contentious part of the fixture and some might even say it possibly cost Bath the tie. Sale eventually managed to scramble the ball away and avoided conceding any points from the relentless pressure, harsh on Bath but very shrewd from Sale. 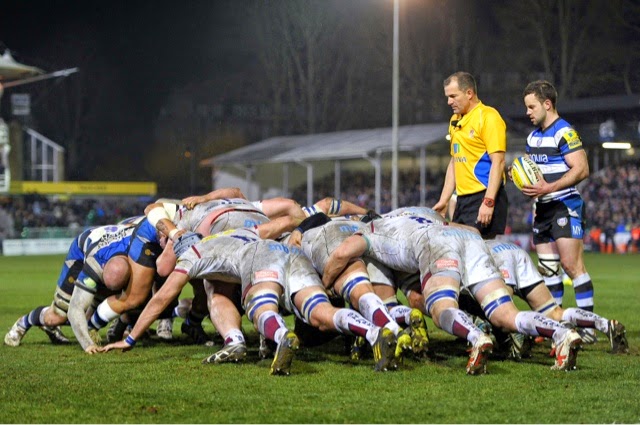 Leaving Sale last season Henry Thomas has now joined the ranks at Bath, back to the city where he received some of his education. With Bath's first Premiership fixture coming against his old club, he'll have a point to prove and if victorious Thomas will have some good bragging rights to boot.

It was very evident last season that the main focus of Bath was upon the rising talent of George Ford. Ford who is very much in contention for the England 10 shirt with Owen Farrell had a glittering debut season with Bath, but when it comes to the Sale fixture there is a little extra pride at steak. George and head coach and father Mike are hoping to start the season off with a win, but older brother Joe has other thoughts. Joe who is based at Sale Sharks is also hoping for some bragging rights, it will make interesting viewing if the siblings end up facing each other on the pitch both playing in the fly-half slot!

Both sides will be wanting to start the season off with a bang and forget the end of last season. Sale losing their last three games at home and Bath missing out on the top four on the last day of the season, the potential for this clash is great and could be a be a brilliant test for either side to see how their season will progress. 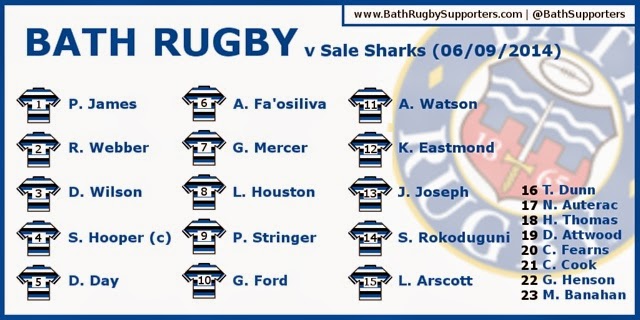