TMO~ Is it detrimental to the Ref?

The match officials are becoming more and more prominent in the game, wth a growing amount of controversy surrounding them and scrutiny on their performances. So are they having poorer games officiating or are there other contributing factors? 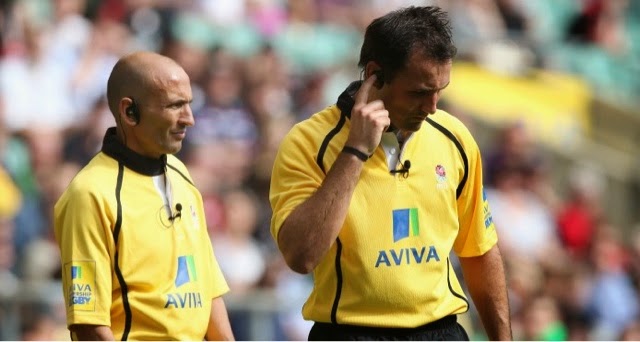 Old school rugby always had the code of "respect the referee" and "his word is final", slowly I feel this ethos is being lost in the modern game. The amateur and professional era's are always so heavily compared, but many of those values that were installed fans and players are no longer being honoured.
- As teams come onto the pitch it was always the done thing to cheer for your team and applaud the opposing side, you never boo them on.
- when a kicker in lined up for a penalty you are silent, again you do not boo, you show them respect and again clap regardless when the kick is successful showing appreciation of a well taken kick.
- everyone listens to the referee and accepts his decision, he is only human and can not see everything, once again you do not boo.
I'm aware that this is the Idealistic way of looking at the game and with the professionalism of the sport and money involved intensity has been be increased. A referees decision could cost a game, a cup match, a play off position, a trophy and most important for clubs potential revenue.
Pressure is now laid heavily at the officials door, so rightly changes have been implemented to help and support them. The TMO should be a helpful tool to aid referees on important things they miss or their touch judges are unable to help them with. A referee can't see every angle on a possible try, a try that may win or lose a match, the TMO helps clarify the grounding thus the try may or may not be awarded.  The powers, ability and use of the TMO has been increased it's not just the initial "is it a try" being reviewed as before, now it means any decision can be referred upstairs. With every decision under such scrutiny some referees appear to be losing faith in their own ability to make a correct call and TMO referrals are become a far too frequent occurrence in the game, slowing up the game, adding to frustration of players, coaches and the fans. The relentless use of TMO has now become an incredibly frustrating part of the game and is taking the flow out of the game.
* Referrals can now go back to the previous restart, penalty, free-kick, lineout, scrum, kick-off.
* If it is not clear, the TMO is to advise there is no clear evidence and the referee will need to make a decision.
* TMO to advise on the type of infringement, the recommended sanction and where play is to restart.
* TMOs can be advised on infringements by the team that scored or touched down, as well as if a try has been prevented from being scored.
* If there is doubt as to whether the try would have been scored the TMO must then advise the appropriate sanction.
* If foul play is referred, the TMO is to make recommendations as to the appropriate sanctions, as an assistant referee can currently do.
An issue that has arisen from the TMO rules is they can track back to the last restart, from 1,2,3,4...... or an endless amount of phases, rather than just the last phase played. This could lead to what could seem an eternity waiting as the TMO review the possible infringement.
A referee can also question the TMO on possible dangerous tackle, if they feel foul play happened rather than leaving it for the citing committee, another delay in play may happen as it too will be reviewed. All of these delays are just encouraging frustrations amongst the players and supporters, sadly leading to supporters beginning to voice their angst in the form of boos and jeers.
The intensified increase of the TMO and it's use is basically starting to hamper the age old "respect the ref" aspect of the game, and will it lead to the football view of haranguing of an official and to a certain extent verbal abuse?
With the way things are going could it end up going down the route of American football? A multitude of officials and a non free flowing game where a game that is an hour long game can go on for an excess of 2 hours. American football has seven officials in the game -These are the referee, umpire, head linesman, field judge, line judge, side judge, and back judge. This covers almost all angles of the game, they to have an option of video evidence where the referee goes pitch side to watch a screen and judges for himself rather than using yet another official. Do we want to see as many officials in the game of rugby, to ensure there are no calls missed? 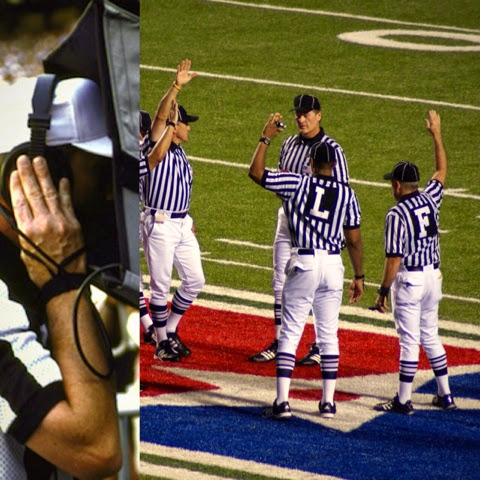 There is one point in American football I do believe could be beneficial in rugby, the microphone on the referee where he can announce to the fans and everyone in the stadium what his ruling is. With all little tweet and changes to the rules in rugby being aware of every little detail is hard to do. When an official makes a call which seems obscure to the supporters they become restless, an explanation would benefit many, if everyone is aware of a call then pressure could be eased on the officials as some decisions can be difficult to understand, even some commentators are unaware of what is happening.

An option is to change to a last phase TMO review on a try and possibility of a white card or signal for an offence if the referee or assistants aren't sure of a tackle or the perpetrator involved, rather than another TMO time out sending it to the citing committee. Super Rugby brought in the white card in 2012 but due to the increased TMO options the white card wasn't even used once in the 2013 season, an opportunity to have a more free flowing game lost.

To TMO foul play with the potential of a yellow or even red card decision does mean that the opposing team does gain the advantage of the foul play, as opposed to other teams if the player then serves a ban. If a player deliberately causes an offence then it is surely acceptable for that player to be sin binned or sent off, giving the advantage to the side who has been perpetrated against.

A fear of loss of respect for the ref is becoming more apparent and they are talked about as much as the teams theirselves, a review of the current TMO system is desperately needed. With such huge media attention on games now the hardest job on the pitch is getting harder, the man with the whistle is the most important man on the pitch. Referees need to be respected and allowed to control a game without controversy but with (T)oo (M)any (O)ptions this is damaging the respect and integrity of the referee.