In and around the Aviva Premiership there are many tournaments in which the teams take part in. There is the league itself but tournaments such as the Heineken cup, Amlin challenge cup, LV=Cup also the JP Morgans 7's tournament . But a tournament growing pace now is the Aviva 'A' league, in which popularity is growing amongst the supporters. 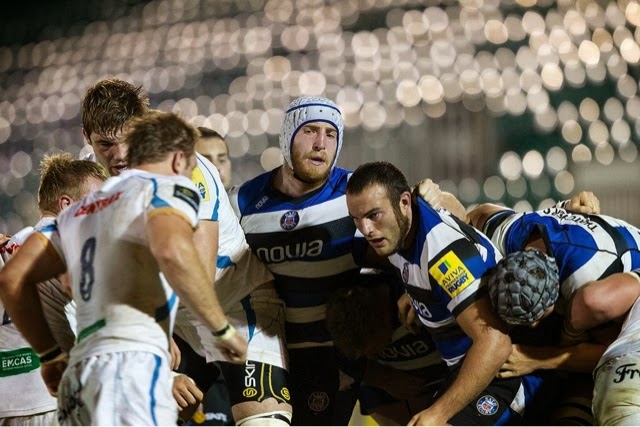 The popularity of "Monday night lights" is ever growing. Many spectators making the away journeys as well as making sure they see the home fixtures.
The clubs themselves are publicising the fixtures more, giving match updates on Twitter for those who have not made the journey or are unable to make the game. Bath rugby even went through a stage of live streaming the home matches on Facebook.

For any rugby fan the 'A' league is a great place to learn more about your adopted club and also opposing clubs. With a mixture of academy, returning injured players or just squad members needing more game time the 'A' league boasts them all. The standard of rugby for the 'A' league is really of a high standard, the players are out to prove their abilities to the coaching staff and potentially stake a claim for a first XV place. There's an edge of rawness about the play, as I had it described to me " they get to play instinctive rugby rather than a procession of pre-planned moves". 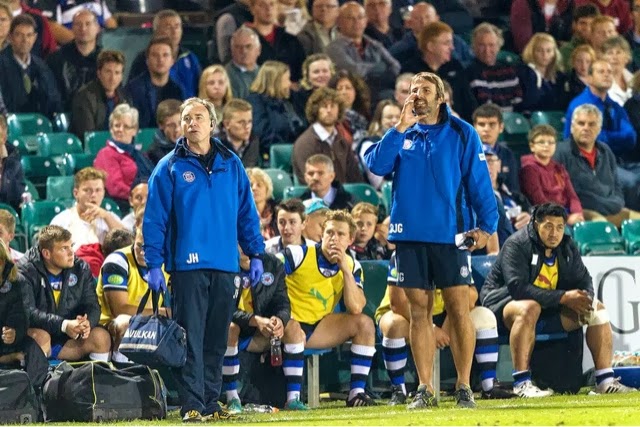 As a Bath fan I've visited many Monday nights at the Rec, with free entry, food and the bar being open it adds to the enjoyment of a true rugby evening, just sit back and enjoy some great rugby!
This season Bath United have put a good campaign together and had a great run in the league, winning 4/5 games, scoring 189 points with 24 tries, conceding 84 points. Their only loss came at the hands of Exeter Braves at the Rec with Braves scoring a last minute try winning the game 27-32.
Bath have put a lot into their United team, coached by the Academy Director of Rugby Ex-Bath, England and Lions legend Danny Grewcock and fielding some top players who could walk into many first teams. This season we've been shown the talents of Biggs, Agulla, Henson, Gilbert and Heathcote to name just a few. Captained by local boy Kane Palma-Newport the team has performed well and show some flashes of skill that the first XV would be proud of.
Within the 'A' league new discoveries can be made and a special note for Bath definitely goes to Saeed Agboke who showed with his brace of tries against Braves great pace and tenacity, definitely one for the future. 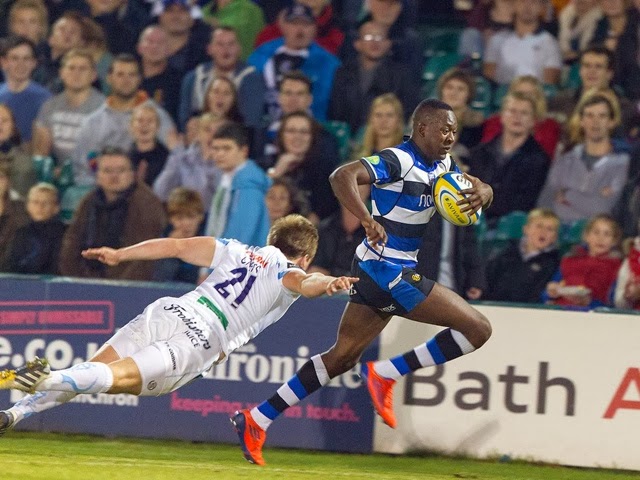 All pictures courtesy of  Ian, TakingPictures-Sport.co.uk @uksportingspics
so if you support Northampton or Harlequins get yourself to Franklins Gardens on the 25th of November or alternatively book you free ticket also on the 25th to Watch Bath v Sale and show your support!
Posted by bathbytes at 06:35